Much of my journalism, particularly with The Eighty Sixth Floor, focuses on geek culture. Once a niche subculture, geekiness is now totally mainstream with Sci-Fi, superhero and fantasy dominating the Film and TV industry. I regularly attend large conventions such as the MCM and LFCC as well as smaller events like Hyper Japan, the London Super Comic Con and Thought Bubble. I’m particularly interested in the cosplay scene, and in reviewing TV series.

Here’s a little compilation I put together of some of my funniest interviewees at the LSCC. Kenny Cosplay you win gold.

Sveltana Quint is known throughout the world for her highly successful range of crafting books which specialise in cosplay. I caught up with her at the LSCC to talk about her new book and what it’s like to be a full-time cosplayer.

I FINALLY managed to get a successful interview with the lovely Ross who won the cosplay championships last year. We spoke about his role as a judge this year, and about his disney plans.

As the release of Star Wars: The Force Awakens comes ever closer, I decided to take a look at some of the other amazing things George Lucas has given to the film industry over the decades. This list may surprise you!

I had so much fun compiling this list with fellow geek Barry ‘Nuge’ Nugent from Geek Syndicate . In our opinion, these are the best evil overlord characters who’ve ever been on TV or in movies. Have a watch and see if you agree! Our cats feature in it too. 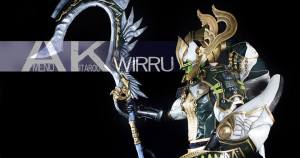 A. K. Wirru is an Australian cosplayer who was invited to attend London’s Autumn MCM Comic Con at the end of October. I had a chat with him about his Endymion costume, previous cosplays and his life as an international cosplayer.

Even if you don’t know the name, if you’re a gamer you’ll know who Nolan North is. Known as “the nearest thing the games industry has to a bona fide leading man”, North has voiced countless video game characters including Nathan Drake in Unchartered, Desmond Miles in Assassin’s Creed, Ghost in Destiny and characters in Batman: Arkham, Spec Ops: The Line, The Last of Us and Call of Duty as well as numerous live action and animated films and TV series.

I managed to catch up with him for a quick interview after a long day at the MCM Comic Con at London’s ExCel Centre.

These are a few of the special guests we can expect to see at the MCM Expo this week, plus a run down of the Eighty Sixth Floor shooting schedule.

Here’s a highlights video I put together from Jcon in Derby, featuring interviews with B-Type and Johnny Reaper…

The Eighty Sixth Floor was invited to attend the International Comics Expo in Birmingham earlier this month. Here’s a highlights video I put together last week for it. 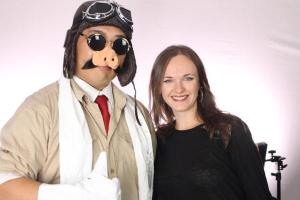 Since 2012, Vcosplay has been building a name for himself as one of the most recognisable cosplayers on the UK con scene. In this exclusive interview we talk about his famous Totoro build, his Studio Ghibli inspirations and his advice on creating big – and I mean big – builds. We’re also let in on his cosplaying secrets – armour you may unwittingly have lying around your house, how to create a fan system to regulate temperatures at conventions, and how to incorporate a camera system into your costume.

With a promising cast, advantageous producers and THAT insane advertising campaign, C4’s Humans was gearing up to be a highlight of the 2015 TV calendar. So with it all wrapped, I discuss the final episode, and the success of the series as a whole.

Jonathan Strange and Mr Norrell: A Review of the BBC series

Adapting the notoriously ‘unfilmable’ novel for TV was never going to be easy – but did the BBC manage to pull it off?

Topics raised – why does no one care about Fred? and WHY was Stacey Slater at the W.A.P meeting???

-with Ginger and Summer from the Outlander podcast…

– a montage of useful tips from the likes of Jonathan Ross, John Dredge and Monaye the security guard. Produced and edited by me.

– a short feature I produced and edited about the resurge of retro gaming and how it’s been incorporated into London’s drinking scene.

The Last Man on Earth review

The Rise and Rise of the UK Podcast Scene.

– a short documentary that I produced and edited earlier this year after the boom of Sarah Koenig’s factual crime thriller SERIAL.

NB* The Helen Zaltzman interview should be listened to with headphones.

The Most Important Video Games of 2014

Interview with Beyond Believing Cosplay

The Best Guardians of the Galaxy CHRISTMAS PRESENTS

Leia, a.k.a. Gingersnap is at the forefront of the UK cosplay scene and I was lucky enough to interview her for the Eighty Sixth Floor a few weeks. In this video she talks openly about the issues of body shaming in the cosplay industry.

You can view the full interview here.

True Detective – Still the greatest TV show ever made?

X-Men: Days of Future Past review